La Galerie’s new season is focusing on contemporary image uses in an era of images’ accelerating circulation and rapid disconnection from their points of origin. The aim in trying to monitor their flow, reproducibility and modes of visibility, is to see how images persist and mutate in the course of transition from one medium to another. This exploration of their uses also raises the issue of subjectivity in our relationships with them. Where art is concerned, permutation of the roles of producer-transmitter and consumer-receiver is tending to redefine the traditional division between author and spectator. In the wake of last season’s spotlighting of “forms of affects”, we shall be looking into not only images’affective charge, but also the possibility of considering them as pure events, independent of all relationship with a subject, all intentionality and all perceptual experience.

Cumbrous and unpronounceable in its totality, the season’s title can be simplified down to “or-the-persistenceof images” (although its full version does contain other elements). Its notation makes it look like the Internet address of an image; but in isolation, picked at random from among so many other possibilities, it stands for nothing but itself. More than a reference to any particular image, this title is the medium for an image. As such it points up three things at once: the persistence of images, a specific image and an actual physical medium.

La Galerie is launching the season with France’s first major exhibition by British filmmaker John Smith. Following on the eight-film series Hotel Diaries (2001–07), shown in September 2013, “The Kiss” brings together ten recent and earlier works—one of them being shown for the first time—in which documentary and fiction, representation and abstraction are separated only by the most tenuous of boundaries. Often drawing on the artist’s everyday existence, with jump-cuts from his bed to his neighbourhood, Smith’s video work effects text-inflected shifts between the documentary aspect of his images and the terrain of fiction.

In the late 1970s Smith began simultaneously integrating and distancing the structuralist approach of experimental British cinema, whose recourse to set, repeated games emphasised the medium’s material properties while playing down narrative content. For him form and content remain indissociable: most often fiction, improvisation and randomness determine the actual structure of his films and their concurrently lighthearted and conceptual exploration of cinematic language. In turn the technological developments he regularly incorporates into his own language—film, video, image bank material, editing software, etc.—determine the narrative construction of his films.

In this season at La Galerie, Smith stands revealed as godfather to a generation that has shaped its visual culture out of elusive uses of unstable images. His oeuvre interweaves a host of exploratory strands that chime with the opening of the new season: my email invitation to him included a partial list which he draws on in this journal, in an interview with the curator and art critic Émilie Bujès:
. The importance of context—location, everyday life—and the way this gives the films an autobiographical, ethnographic dimension while mixing the private and the political in a kind of microhistory.
. The fictional interpretation of the documentary image.
. The unheroic role of the artist/director, combined with the omnipresence of his own voice. In her text in this journal artist Lili Reynaud-Dewar describes this approach to selfpresentation.
. Coincidences and discrepancies between image and language.
. Ponderings on the medium and its material aspect.
. The role of the spectator in striving to bring coherence to the disjunctions on the screen.
. Lastly, the humour that pervades Smith’s oeuvre, fracturing the structure of his films and signalling his concern with taking the viewer on board almost physically, while never losing sight of the self-reflexive side of his cinema.

The exhibition title, “The Kiss”, is borrowed from one of Smith’s videos. It is also an invitation to viewers to 116 minutes of immersion in dark, isolated spaces in which the projected image is the sole source of light. 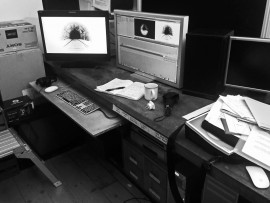 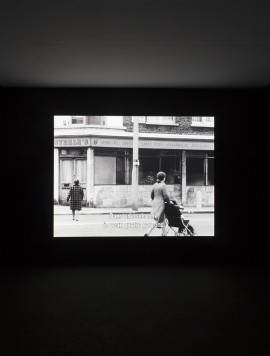 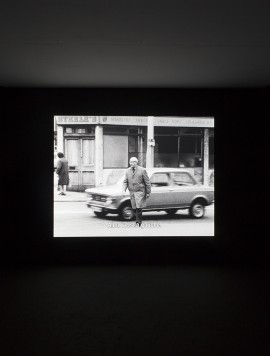 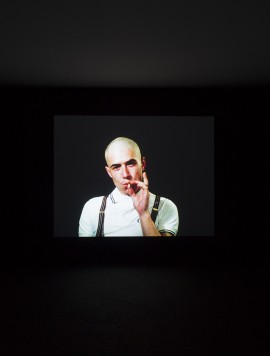 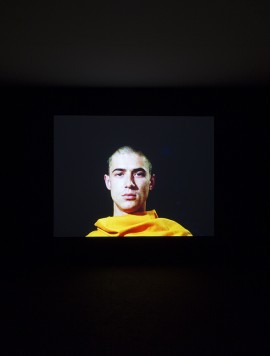 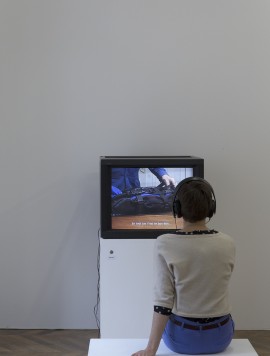 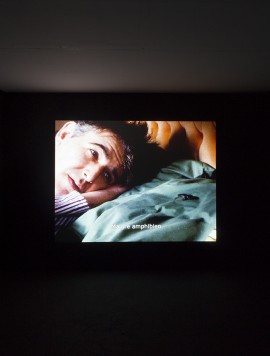 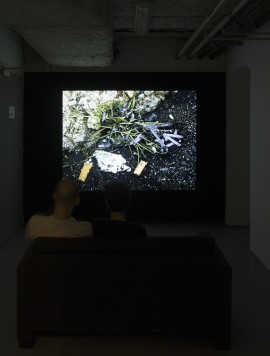 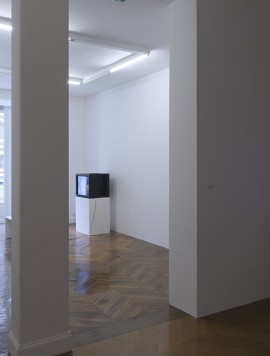 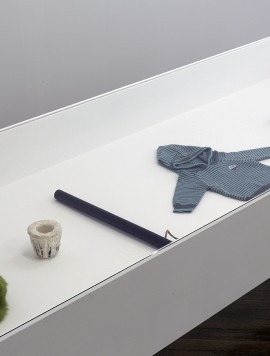 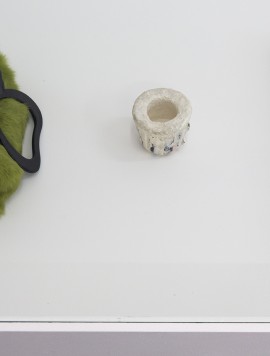 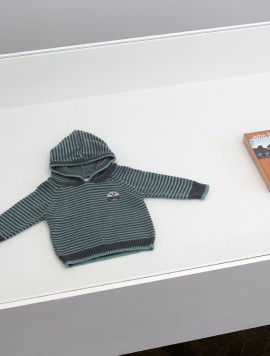 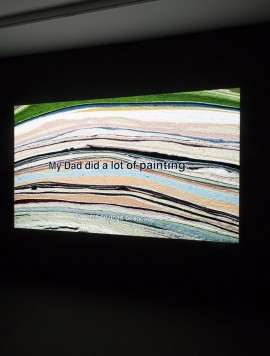 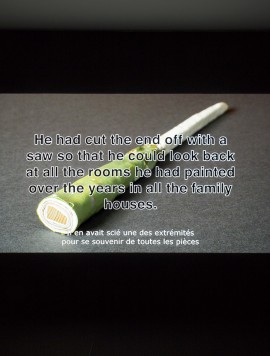 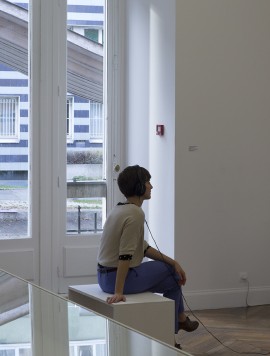 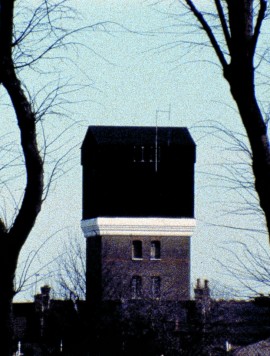 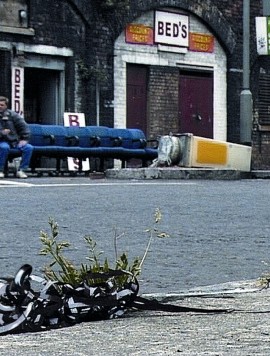 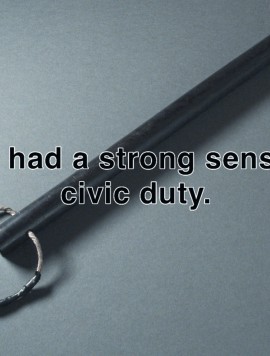 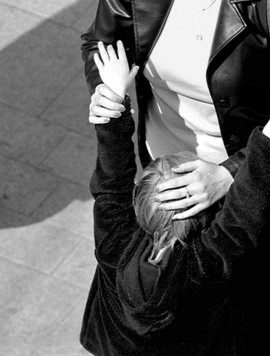 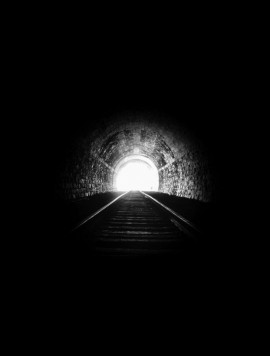 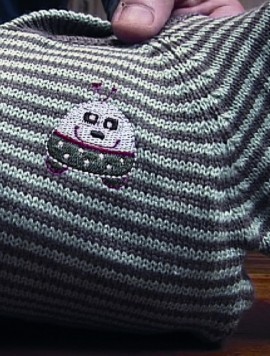 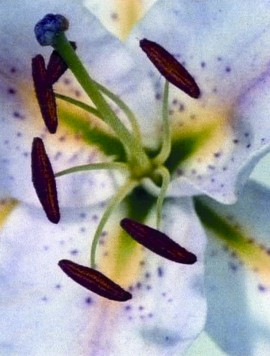 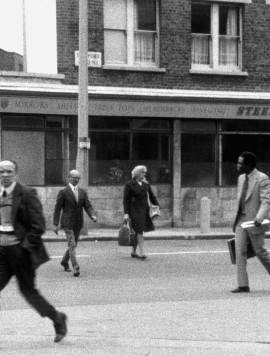